Bimec successfully delivers and start up its first BBOX

Bimec successfully delivers and start up its first BBOX 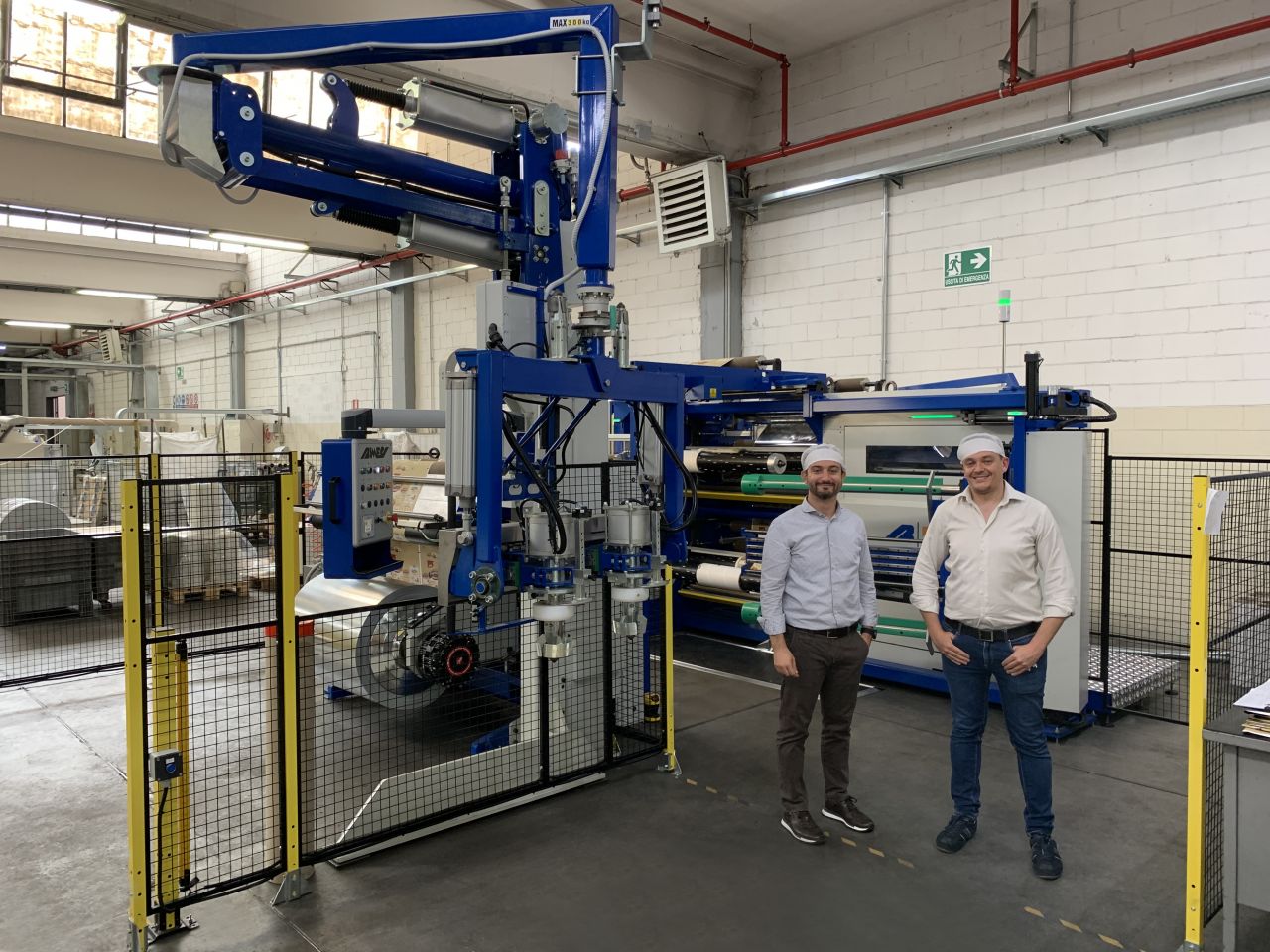 The Italian group, which is based in Pregnana Milanese (close to Milan) and specializes in the production of the latest generation flexible packaging, needed to expand its production department with a highly automated, flexible and versatile slitter rewinder, able to process different types of material and drastically reduce downtimes between each working cycle.

After attending the digital event in which BBOX was officially presented on the market, Sacchital Group requested Bimec a dedicated technical quotation and was invited to test the system in real time at Bimec premises with its own material.

The trials have immediately confirmed the high performance of the machine and the reliability of its technical innovations, which mainly concern the automatisms and servo-assistance solutions engineered to increase company productivity and support the operator's work.

Some of the main improvements made concern the automatic cores’ loading and positioning and the reels ejection phase, which has been automated and integrated with the rotating reel unloader as well as the double 0 Gravity manipulator, capable of handling reels up to 300 kg.

The brand new BBOX Duplex Turret Slitter Rewinder reaches a maximum speed of 800 m/min, unwinds mother rolls up to 1000 mm – up to 1200 mm upon request – and rewinds finished rolls up to 610 mm.

"We are very satisfied with BBOX" declares Eng. Alberto Luppi, in charge of the investment in Sacchital. "As soon as we tested the system, we immediately realized the great benefits it would have brought to our production department but, above all, it was clear that this new Slitter Rewinder was designed to meet and satisfy the real customers’ needs. The latter is certainly one of the aspects that we appreciated the most."

Sacchital's satisfaction is therefore great, not only for what concerns the technical results obtained but also for the service received from Bimec team, which was able to respond promptly to its requests and managed - in less than two months - to deliver and start up successfully its first BBOX.

Picture: on the left, Ing. Bottoli Davide (Bimec) and on the right, Ing. Luppi (Sacchital)